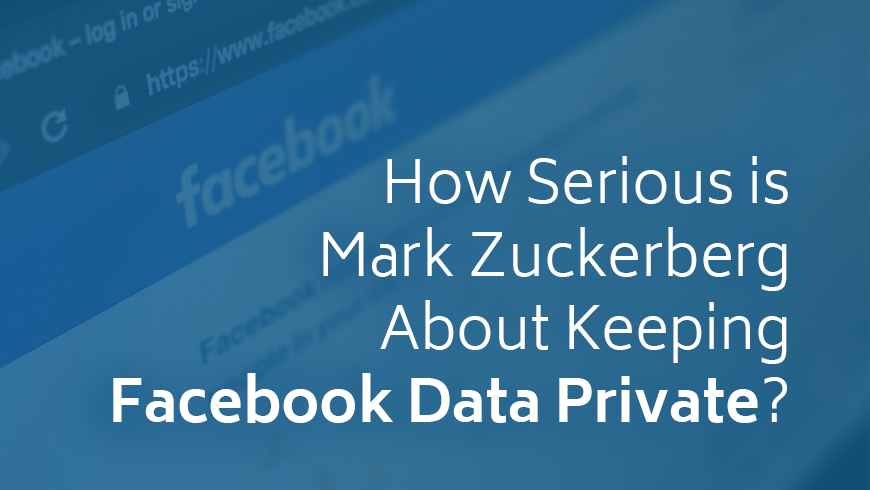 How Serious is Mark Zuckerberg About Keeping Facebook Data Private?

On March 6, Mark Zuckerberg made a commitment to spending the next several years reorienting Facebook’s apps toward encryption and privacy. Can we take him at his word? Find out what digital marketing and data privacy experts think.

"...while much has already been done, there is always room for improvement, which Mark Zuckerberg and Facebook have acknowledged and are again making strides to cover.“

Kevin Kish is privacy technical lead for Schellman & Company, LLC, a global independent security and privacy compliance assessor. Kish points to 164 privacy-related job postings that he found on Facebook’s website in early March 2019, as evidence that Zuckerberg is taking the issue seriously. “Further, the platform is voluntarily detecting and reporting on public and national security threats which would otherwise be nearly impossible to spot,” Kish says. “And while much has already been done, there is always room for improvement, which Mark Zuckerberg and Facebook have acknowledged and are again making strides to cover.“ He notes that the company has detected 99% of terrorist-related content before it’s reported, 97% of violent and graphic content, and 96% of nudity.

“With promises to improve, Mark Zuckerberg and his team have already taken other positive steps to prioritize data privacy in light of EU’s new General Data Protection Regulation, including new privacy tools for controlling user data, establishing a dedicated privacy and data use team, increasing the transparency through privacy notices, and proactively working with lawmakers to improve the safety of the platform,” Kish says.

Even if he is sincere, though, sincerity is likely not enough, says Keri LeBlanc, marketing director for CyberDefenses. “While Zuckerberg may be sincere about the desire of Facebook to become a more secure area when it comes to data, preventing hacks is going to be challenging," LeBlanc says. “The internet is an open space with very little ability to police its users. Facebook's coined term is an open, shared space, so turning that system into something that has more rules and stricter regulations will be difficult.”

Despite some sentiment that Facebook is sincere, many question the company’s commitment to achieving data security and privacy for users. That uncertainty has let to the #DeleteFacebook movement.

“I’ll believe it when I see it,” says Dan Goldstein, president and owner of Page 1 Solutions, a digital marketing agency. Zuckerberg, says Goldstein, has completely burned up whatever currency he once had in the conversation around privacy in the tech sector. He has proved time and again that Facebook is perfectly willing to sacrifice users’ private data and security in the pursuit of profit.” Goldstein points to a recent report from The Guardian outlining how Facebook has been campaigning for laxer privacy laws in countries around the world.

Kevin Kish is a Privacy Technical Lead with Schellman & Company, LLC. With nearly 8 years industry experience, he has a strong history of implementing, maintaining, and assessing global information security and privacy requirements, including ISO 27001, HITRUST, Privacy Shield and the General Data Protection Regulation. As an industry advocate, he is passionate about researching and writing on the fundamentals and concepts of sustainable data privacy; and, providing education to clients on the risks, challenges, and best practices around data privacy legislation. He holds several privacy designations from the international association of privacy professionals, including CIPP/US, CIPP/E, and CIPM.